The chief guest, Dr Ashok Dalwai, IAS, CEO, National Rainfed Area Authority, Ministry of Agriculture and Farmers’ Welfare, Government of India lauded the functioning of the institute and attributed it to cohesive nature of staff of ICAR – NBAIR in executing the assigned tasks. He mentioned the upkeep of the institute in terms of cleanliness and this stood to satisfy the Swachh Bharat Mission implemented in our country. On the performance front, he appreciated the strength of the Institute in terms of maintenance of insect repository and the utilization of insect derived resources to meet the farmers’ need. In his address, he also emphasized that the research should be centered around the problems that plague the farmers’ income. He lauded the efforts taken by agricultural scientists in achieving food security, but the need of the hour is nutritional security. He called upon the scientists to look into developing technologies that pose less environmental problems and to develop sustainable pest management solutions that would be economical to farmers.

Dr Chandish R. Ballal, Director of ICAR–NBAIR, briefed the audience on the achievements of the organisation during the year 2019-20. She outlined the growth of the bureau starting from the early PDBC during the 1990s to NBAII and NBAIR. She highlighted the different technologies commercialised by the bureau and the list of patents granted. She stressed the need for preparedness to tackle unexpected invasive pests, citing the recent examples of the rugose spiralling whitefly and the fall armyworm, both of which received complete attention from the bureau for developing biocontrol-based management strategies. 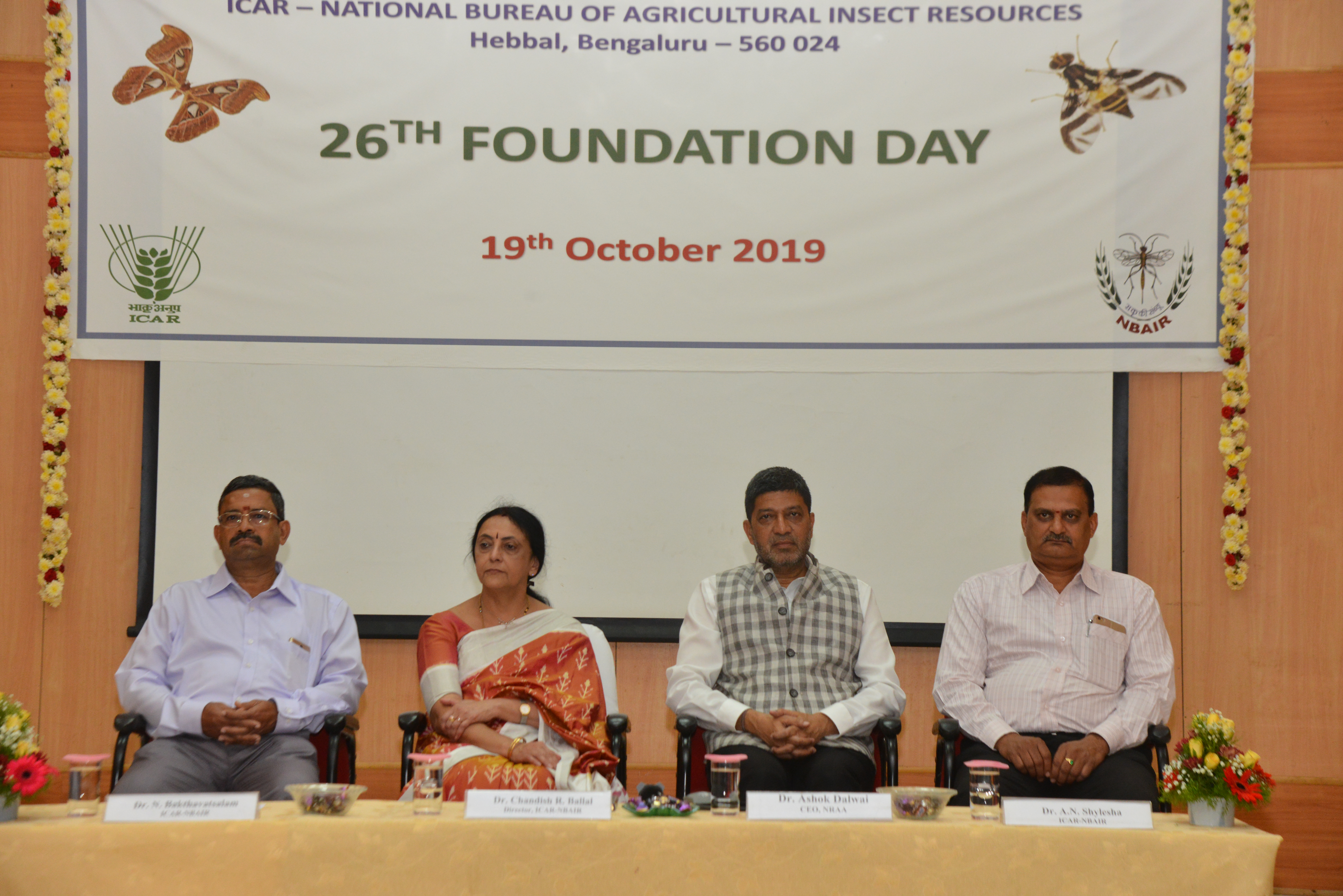